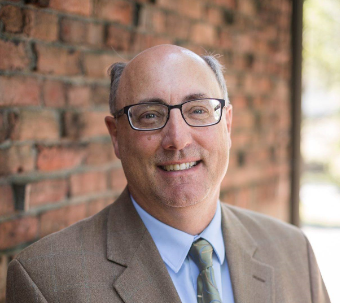 Stephen Winslow is one of four candidates for City Councillor-at-Large. All voters in Malden will get to vote for up to three candidates.

These are his answers to a questionnaire that Malden Votes sent to every candidate. They have not been edited or abridged, only formatted for readability. Here is the PDF version.

What is your vision for Malden?

I am committed to continuing the effort to protect our Seniors, Youth and other vulnerable residents. I will continue my commitment to work closely with my fellow Councillors and residents to protect and improve Neighborhood Quality of Life. I will continue to Encourage Maldonians to become Engaged in this effort to Achieve More Together, whether your family has been here multiple generations or moved here last week.

What aspects of your time in office are you most proud of? What goals have you accomplished?

Making our transportation system work better and more safely for all residents whether you walk, take transit, drive or ride a bike has been my top focus. I voted to lower the City speed limit to 25 MPH and in support of policies that make our streets safer and more accessible for all our residents. I have advocated for an additional $450,000 in funds to re-build sidewalks and $20 million to re-build our roads and water lines. I successfully advocated for the City to hire a transportation planner so Malden like our surrounding communities has staff dedicated to working on systematic improvements and grant applications to make our buses run quicker, our traffic lights more efficiently and to allow pedestrians and bicyclists to more safely navigate our streets. I have been working successfully with Councillor Camell to secure funds to improve Trafton Park and the Mayor’s office and Councillor Murphy for the rehabilitation of Roosevelt Field and I am currently working with Councillor Anderson on plans for Kierstead Park. Malden finally has a demolition delay ordinance in place so that residents will be alerted to pending demolition of historic buildings. I have encouraged efforts by the Friends of Fellsmere Heights to develop a plan for the Malden Hospital site driven by the vision of the community, not of a for-profit developer. I am pleased to have voted to allow the public to comment at our City Council meetings. I have continued my efforts to be involved with the diverse range of community groups in Malden including Malden CORE – which focuses on racial equity.

Have your positions on any issues evolved since your election?

Not significantly, I have realized that I need to work with my fellow Councillors to secure their support for various initiatives and have successfully done so.

Which social issues do you care about, and why? How would you advocate for those issues?

Affordable Housing and food security are important issues to me. Malden has traditionally been a community where working class people can afford to live and raise a family whether they rent or own their homes. To remain an affordable community for working class families Malden must have plans and zoning in place that will allow the City and other entities to pursue resources necessary to keep Malden affordable. Simply creating barriers to affordable developments will simply lead to more situations like 33 Park Street where long-time Malden residents face the unconscionable 50% increases in rent.

What concrete steps can Malden make to address our environmental challenges, whether global or local?

Malden must develop its own plans to be more sustainable and to prepare for more extreme weather conditions brought about by climate change. That’s why I organized the Sustainable Malden Forum that focused on sustainable transportation options for Malden. I am of course a strong support of the Northern Strand Trail and safer streets so that residents feel safe choosing the most sustainable transportation options of walking, bicycling and transit. I am working on other initiatives to so the City can seek funding to help manage the impacts of increased rain water run-off in our neighborhoods and to prevent a storm surge from flooding 1/3 of Malden.

Malden is a diverse city with many marginalized communities. What initiatives would you implement to support these communities?

First of all, I stand firmly against those who would belittle or seek to further marginalize any population or person. I am encouraging more community outreach efforts particularly those that seek to meet residents in their neighborhoods rather than at City Hall. I participate whenever I am able in community forums such as Malden CORE and East-meets-West put on by the Chinese Cultural Connection to expand by understanding of the perspective and needs of our diverse population so that we can “Achieve More Together”

How will you address Malden’s affordable housing crisis?

I support calls to adopt include at least a 10% set aside for affordable housing in major developments in the future. I will work with groups like the Asian Community Development Corporation, Habitat for Humanity and the Malden Housing Authority to identify opportunities to build more affordable housing. I support maintaining a goal of keeping at least 10% of Malden’s housing affordable whether or not that’s mandated by state law.

What are your long term plans for expanding tax revenue?

Sensible development co-ordinated with substantial transportation improvements is the best means to ensure Malden maintains a strong and vibrant tax base. Commercial Street / the Malden River and Broadway have great potential for commercial development intermixed with housing if coupled with a major investment of federal and state funds to improve them as multi-modal transportation corridors. I supported plans to make Downtown a dining and entertainment district by overhauling antiquated ordinances designed to limit arcades.

Would you implement any changes around our city’s parking systems?

I with many Councillors have been pleased by the innovations implemented by our Parking Department such as meters in Downtown and flexibility on winter parking rules. I support plans to implement rules for resident-only overnight parking and to expand daytime parking limits as needed around transit. I support making sensible adjustments to parking requirements in our zoning so we build the right amount of parking and to require new parking in Downtown and business areas to be underground.

Some infrastructure challenges that face our city are degraded roads, lead pipes, and gas leaks. What initiatives would you implement to address these issues?

I have already voted on an additional $20 million over the next 5 years to address these issues, .which will only address 5 miles of roads and pipes out of the 108 miles of roads and pipes the City is responsible for. We of course need to pursue every federal and state resource available to further expedite this work. I have also been working to ensure that the next round of street and water pipe replacement focuses on those streets with the highest concentration of children to help reduce risks of lead exposure as quickly as possible to the most children. I strongly supported the local National Grid Workers during their lock-out to ensure that we have gas workers who can put their safety and the public safety first before the needs of out of country shareholders.

What do you think should be done with the Malden hospital site?

I am supporting efforts for the development of a community-led vision for the site.

Now that Massachusetts has legalized recreational marijuana, would you encourage dispensaries in Malden? What would you do with the revenue?

We first need to set aside sufficient funds to address the opioid crisis and other health crisis driven by addiction. I would then dedicate 50% of the remaining funds to improving our roads and traffic signals and 50 % to support our schools.

What is your vision for promoting civic engagement and increasing voter turnout in our city?

I supported increasing the time period for candidates to take out nomination papers that helped generate more interest in this upcoming election. I am always willing to speak with anyone expressing interest in running for office. no matter what their political views are. By encouraging people to run for office there’s more people working to engage voters. I support efforts to bring early voting to future municipal elections. I supported the Vote 16 initiative proposed by Malden Rising Leader Students whose research demonstrated that such an initiative also boosts voting by their parents and leads to more engaged voters in the long-run.

How can we increase citizen engagement in city council meetings?

We can make more residents aware of the opportunity to comment at Council meetings. We need to make sure the CIty’s website once again contains an upfront calendar of upcoming meetings. We need to fully post “Council Packets” so that residents have access to the same information that councillors have prior to meetings.

Everyone grows up holding personal biases. Please share an anecdote about a time that your own biases were confronted, and how you responded.

I went to law school at Martin Luther King Hall at UC Davis that had been established as a smaller school focused on racial equality and justice. The student body was more diverse than my grade school and college days and the small class sizes made it easier to make friends from different backgrounds. During my 3rd year, as we all interviewed for jobs, I asked several friends about their law intern experiences in nearby Sacramento for the state government that I enjoyed much more than my stint at a private law firm. I was taken a back that when they said that while they enjoyed their government experience, they really wanted to pursue work in private law firms since they wanted the opportunity to break down barriers and to seek the prestige and privilege that came with working as a private lawyer. I realized that I was projecting my own bias that a person of color would simply want to follow in well established “equal opportunity” job tracks available in government rather than being independent lawyer. One friend went on to be a partner at a law firm that overlooked some of the fields he and his parents worked on as migrant farm workers when he was a kid.